they couldn't reach it

Matt: You are a leaver of food! You left three spinach leaves on your plate at dinner tonight.
Me: (laughing) You were counting my spinach leaves?
Matt: I wasn't counting them, it's just that three is the smallest easily recognizable number besides two.

(We laugh some more because we think that's funny.)

I think a lot of people get to my blog by Googling little bits of Shakespeare or recipes or Orthodox buzzwords or "classical education," and they click on my posts thinking they're going to learn something. Sorry! Welcome to my brain!

Also some people might get here through Orthogals, which is terribly flattering (thanks O-gals!,) but just so you know, I'm just a 26 year old new mom with a liberal arts B.A., a keyboard, and no agenda. I'm an Orthodox Christian but this is not an Orthodox Blog so don't expect to find my podcast on Ancient Faith Radio. I started the blog a long time ago to practice writing and I kinda got excited about it again a couple of years ago. Sometimes you'll catch me writing to my friends from home because I forget that strangers are eavesdropping! I don't give a hoot about formatting beyond basic legibility and I rarely post pictures so I hope you like Garamond size 12.

My title, "Sweet beneath the leaf" is a bit from Virginia Woolf's Jacob's Room.

The words we seek hang close to the tree; we come at dawn and find them, sweet beneath the leaf.

That's all! Husband is out in the glorious crisp September sun with baby, I've got to seize the day and shower.

*Could one of these ppl** be Auntie Seraphic!!!??
**When I spell "people" that way I intend it to be pronounced as the Monks of Valaam would pronounce it.
Posted by MJ at 8:46 AM No comments:

Soup, I think we can all agree, is awesome. Soup happens a lot during colder months, and for Orthies (as my little sister used to call us) especially during Lent. It is easy to make and a great way to enjoy random things in your refrigerator and to bring together enough nutrients to make a complete meal in one dish. Why am I telling you all this stuff you already know about Soup? Becaaaause, I used to have a completely distracted approach to Soup, wherein I just kinda threw stuff in the pot at random intervals and would often end up with veggies of diverse mushiness floating in a watery mess. But I got tired of that and now I have perfected a method of making Soup which I use so often that I just do it automatically, with results that everybody usually likes, even during Lent.

There are two really important flavor components in my soup routine. One is to use excellent bone broth. Chicken broth is very cheap, easy and versatile. I make mine in the crock pot (like so) with the carcass from our biweekly Sunday chicken roast. It's a cinch and hardly takes any time at all. I always include the neck (and feet if I have them, even though it makes the crock pot look like it is full of witches) as it contains gelatin. The silky texture imparted by gelatin is desirable and it is said to be a very healthful component of good broth. Of course this very important flavor Soup flavor component is not Lenten, (although I have seen on one exciting church calendar that during Cheesefare week you may cook with "meat drippings," so consult your conscience/priest on that one.) If I am cooking for fasters, I sadly forgo the broth and use water. You can make Lenten shrimp broth using shrimp shells but I have never really saved up enough to do that. I used to make vegetable broth with scraps but in the final analysis I felt that it tasted like compost.

That (what? compost?) brings me to the second very important flavor component: the spice roux. If you want your Soup to be very flavorful, it's not enough to dump paprika et al into the whole deal at the end and have them floating around aimlessly. You must first fry the spices in oil, so that each little molecule of oil becomes a flavor bomb. I also recommend grinding your spices fresh in a mortar and pestle if you have the time. Sometimes I don't have the time anymore. If you are a very observant faster you don't do oil on most days during Lent, so ... your Soup is going to be a little crappy because you can't use either of my tricks.

I do all of this in a big dutch oven that we were given as a wedding present. It's great to do everything in one pot.

Here is the order that I follow when making Soup.

1. Spice Roux
Heat your choice of delicious healthy fat (coconut oil, butter, lard, olive oil, tallow, bacon grease) in the bottom of the soup pot. Toss in any ground spices that you want to use (turmeric, paprika, cumin, coriander, cardamom, cinnamon, pepper, that kind of thing.) If you are using dried herbs, they can be fried as well, but fresh herbs you will save for the end. I stir the whole deal quite a lot over high heat (unless I'm using butter, which burns easily.) At first it will be a dryish paste, and after enough cooking it will just look like a puddle of fat again, but colored according to the spices you have used.

If you are browning meat chunks or reheating leftover cooked meat, you can just do that in this flavorful oil. The same goes for pre-cooked or soaked grains like rice or barley. If you are cooking meat that is going to give off a lot of oil, you can do that first, set aside the meat, and make a spice roux in as much of the drippings as you would like to save.

Sometimes I will put a little flour in the spice roux, so that the soup will become more of a stew. You end up with basically gravy and it's great.

2. Sauteeing/Sweating
Now turn the heat down a bit to sautee onions, garlic, celery, and/or ginger. You're coating these veggies in your delicious spice roux and then imparting their flavor to the oil. NB: I sometimes include the garlic in the spice roux, and sometimes I just dump it in with the veggies.

4. Liquid
Add your excellent homemade chicken broth or water, salt using intuition, and bring it to a boil. You'll have to be the judge of when to turn it down to simmering and how long to let it simmer. Taste for seasoning.

5. Fragile elements
Twenty minutes or so before you need to eat the soup, throw in any greens that basically just need to be wilted, like kale, spinach, or chard. Cauliflower doesn't take very long to cook if it's chopped small. Any pre-cooked veggies can go in here as they just need to be re-warmed. Coconut milk or any dairy can be stirred in now to warm. Fresh herbs should be added right before you serve, or allow diners to garnish their own bowls.

Et voila, you will be hailed as a Divine Soup Giver.

I prefer almost every kind of soup with yogurt or sour cream. Bread is a must. (Have I talked about Artisan Bread In Five Minutes A Day lately? Even I can do that, and I have a baby and I'm a hopeless scatterbrain.)

For Hannah, who gave us this camera 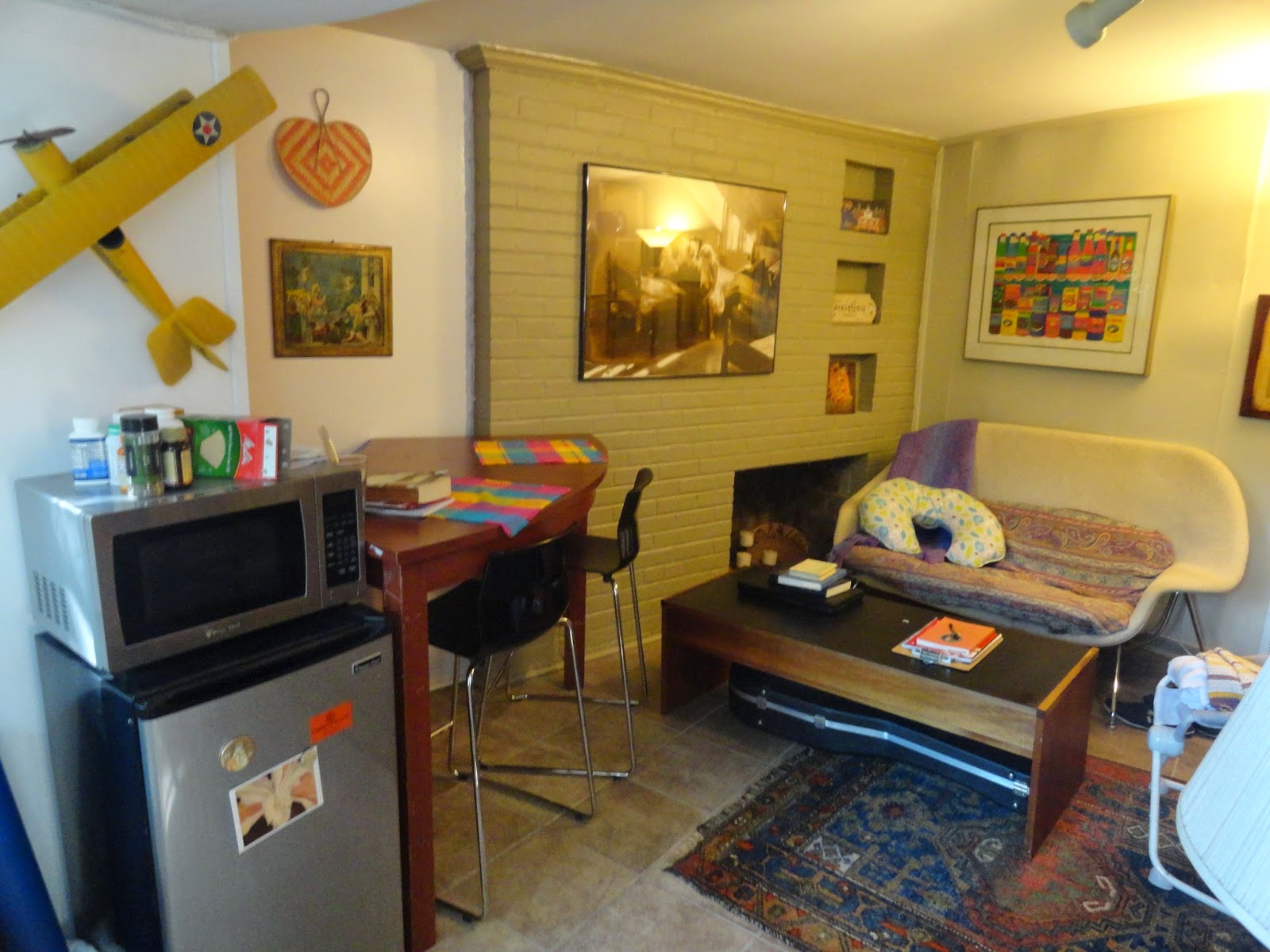 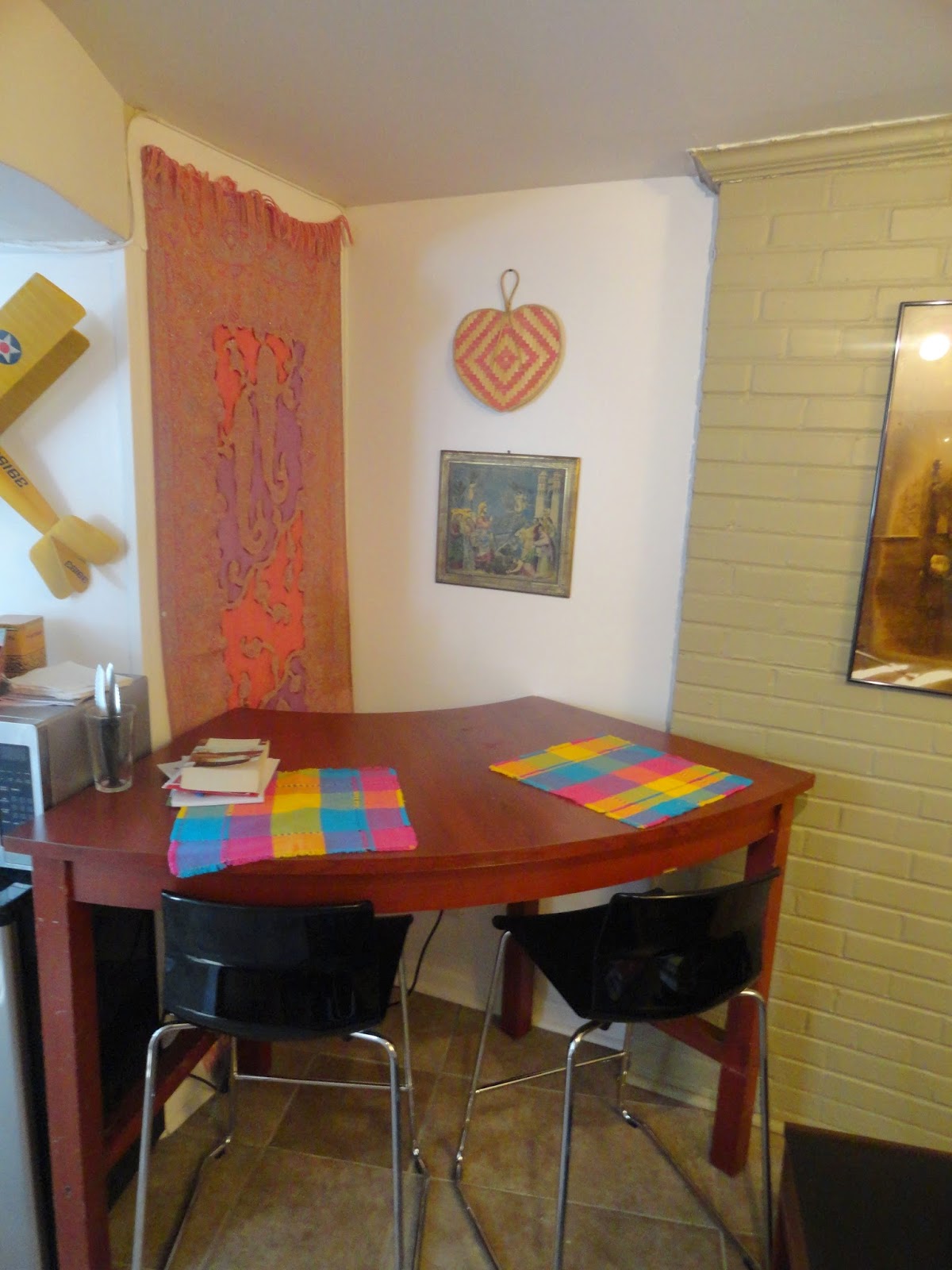 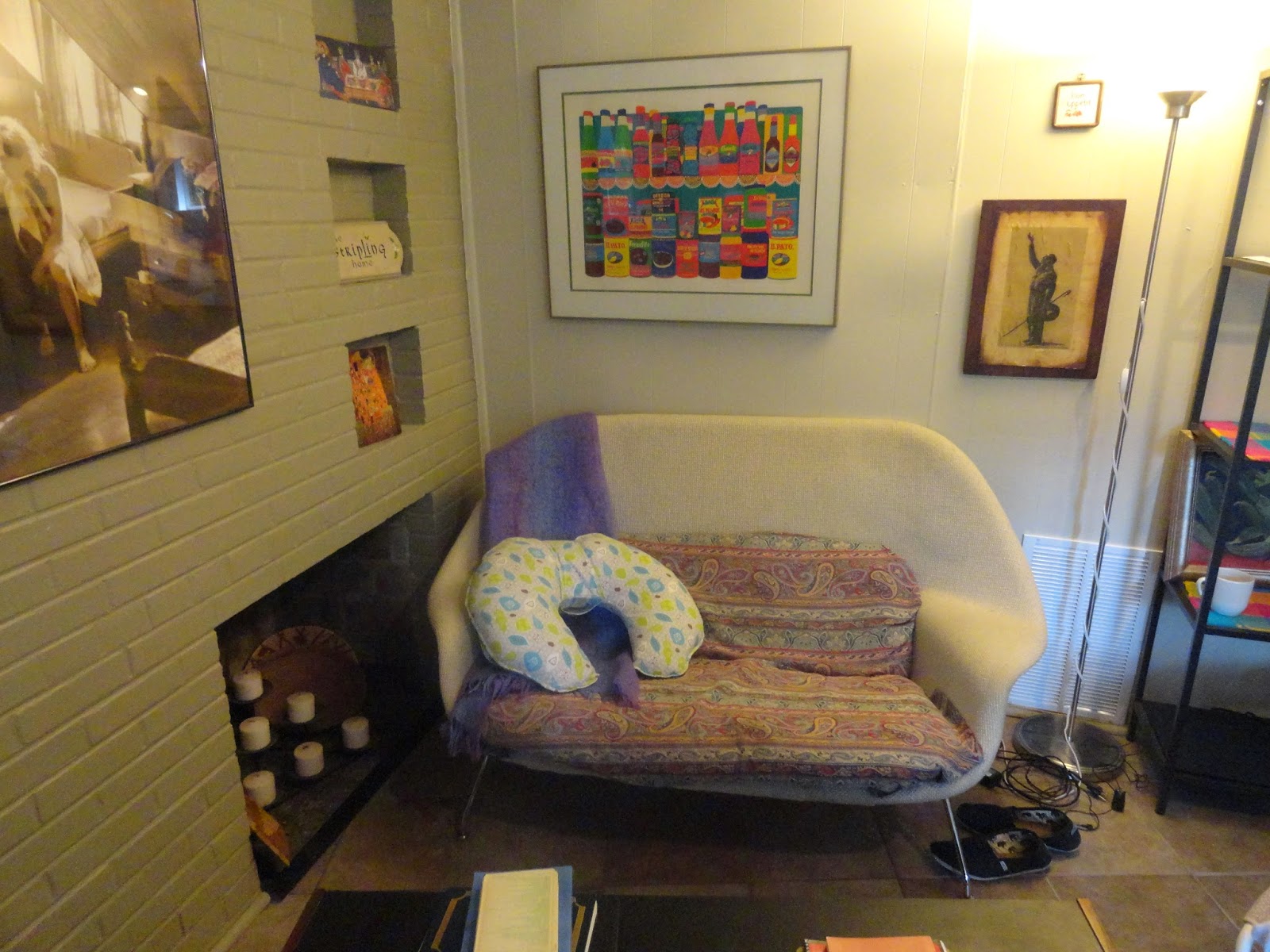 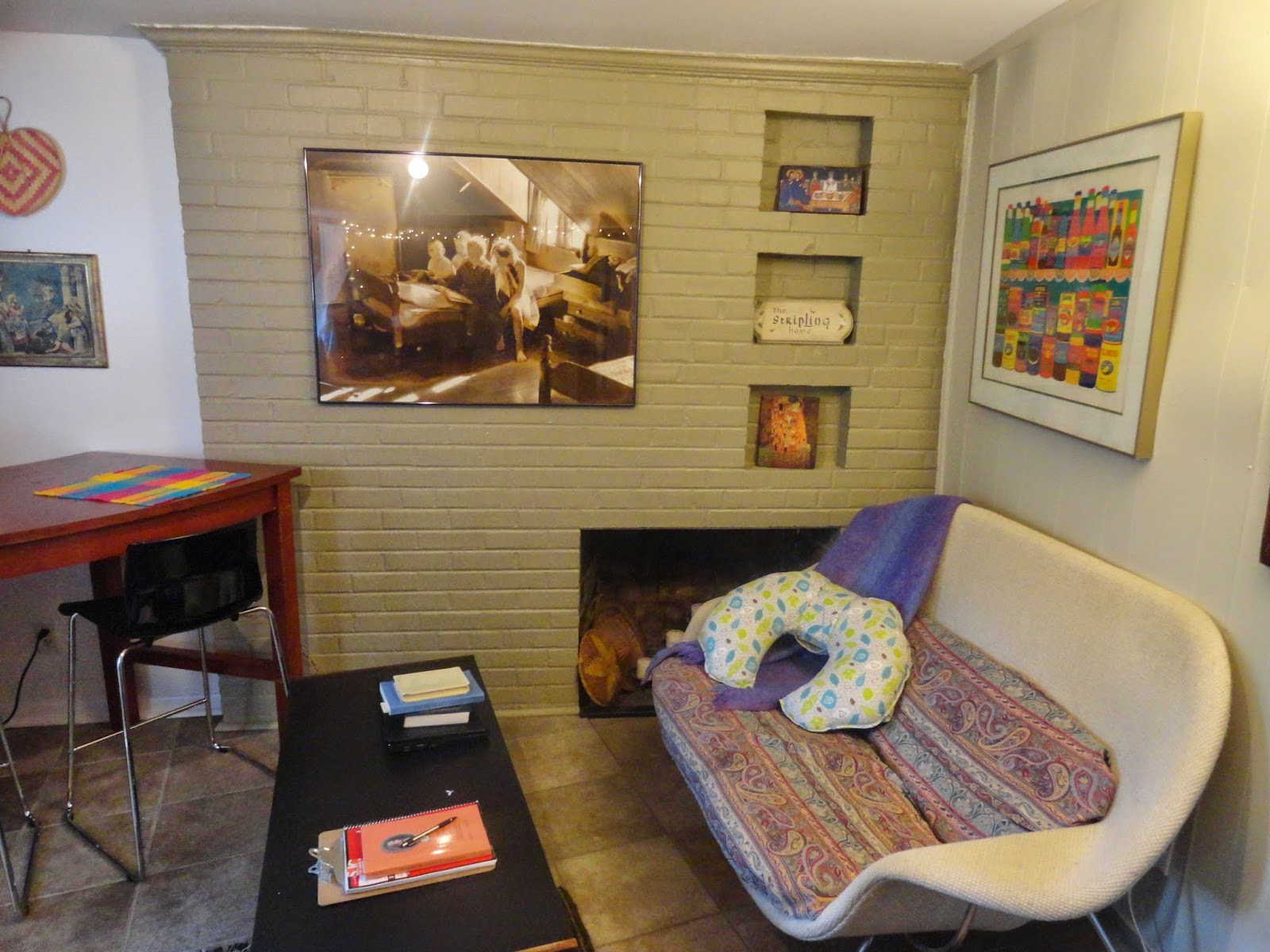 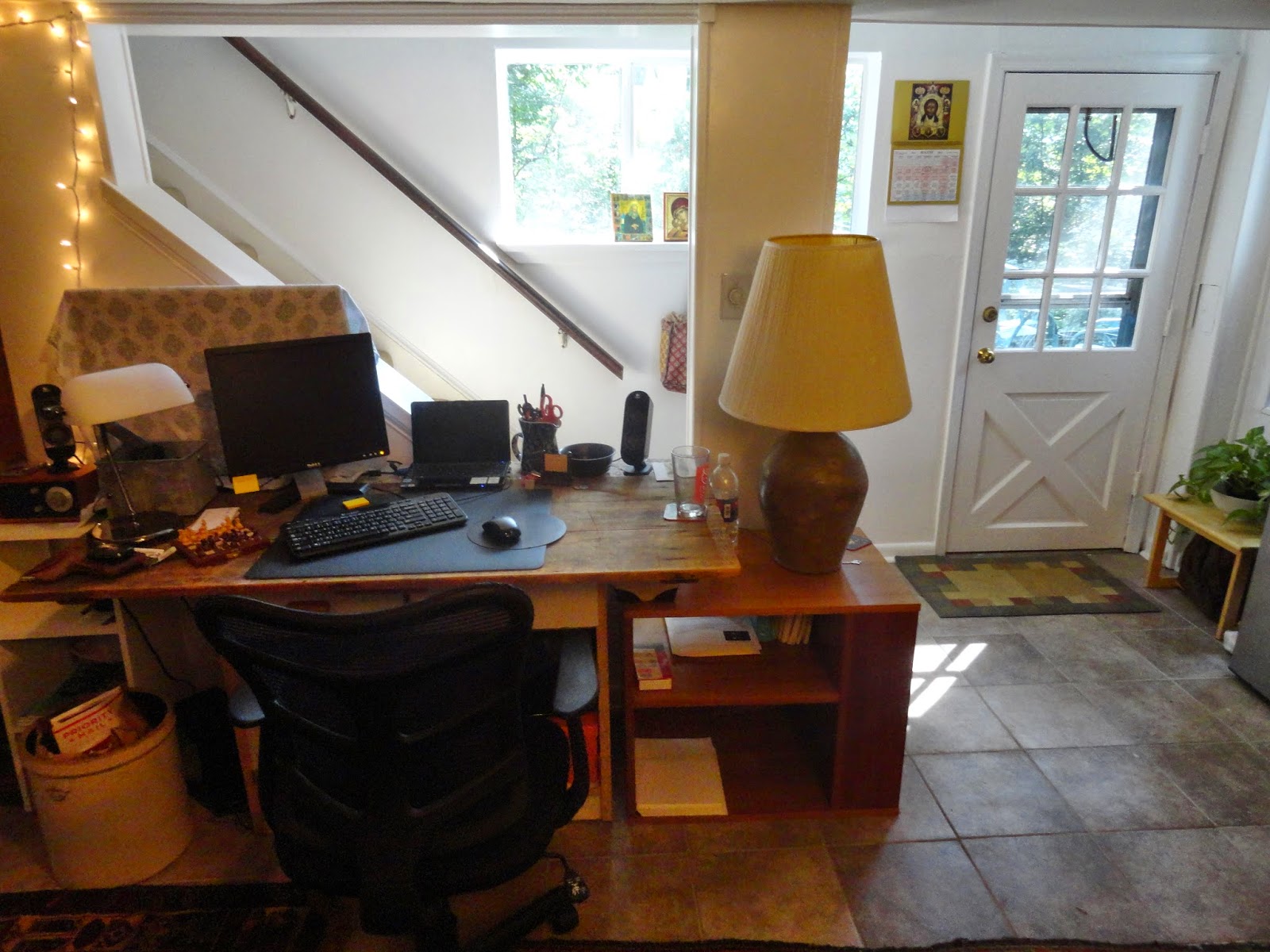 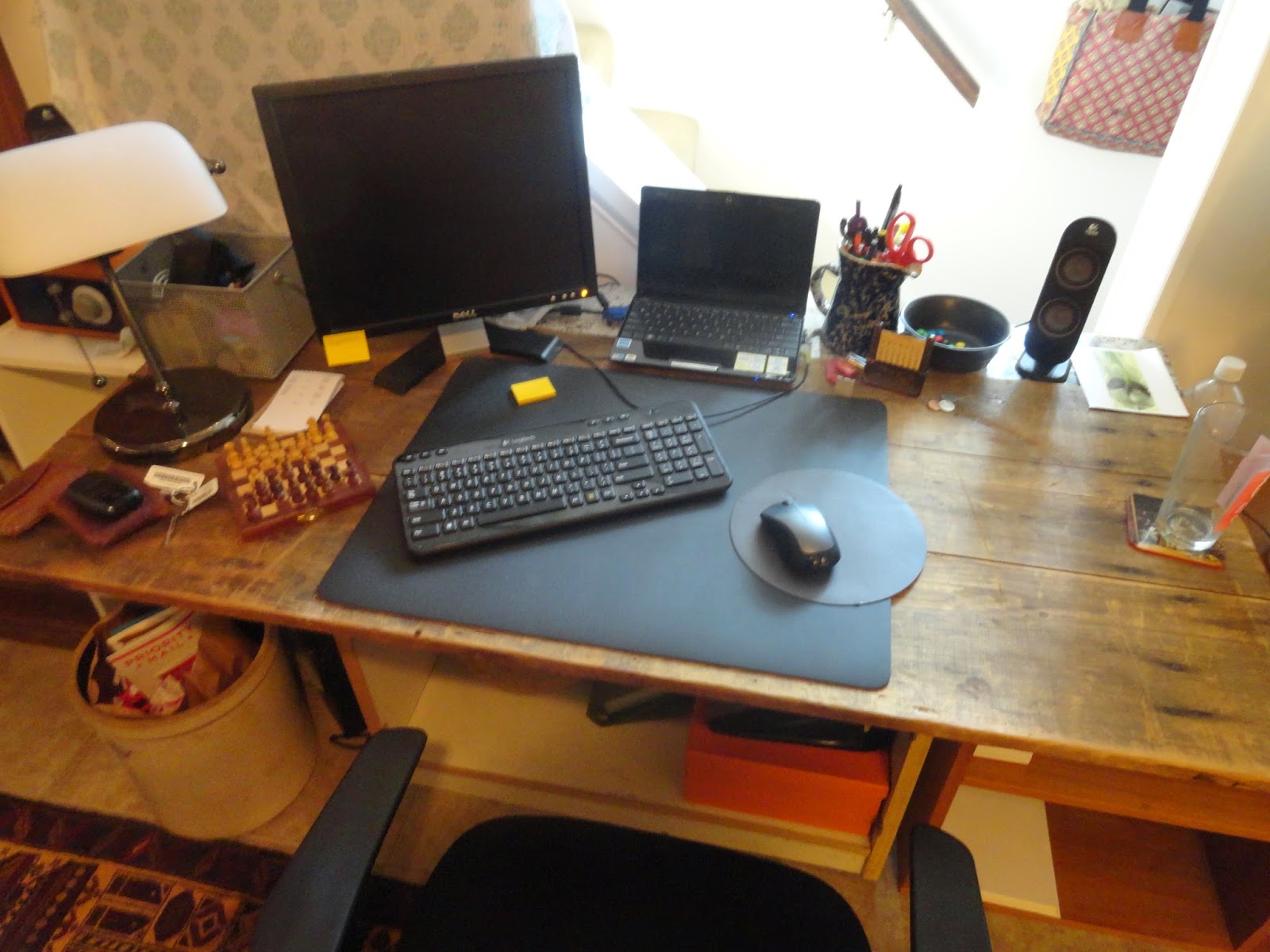 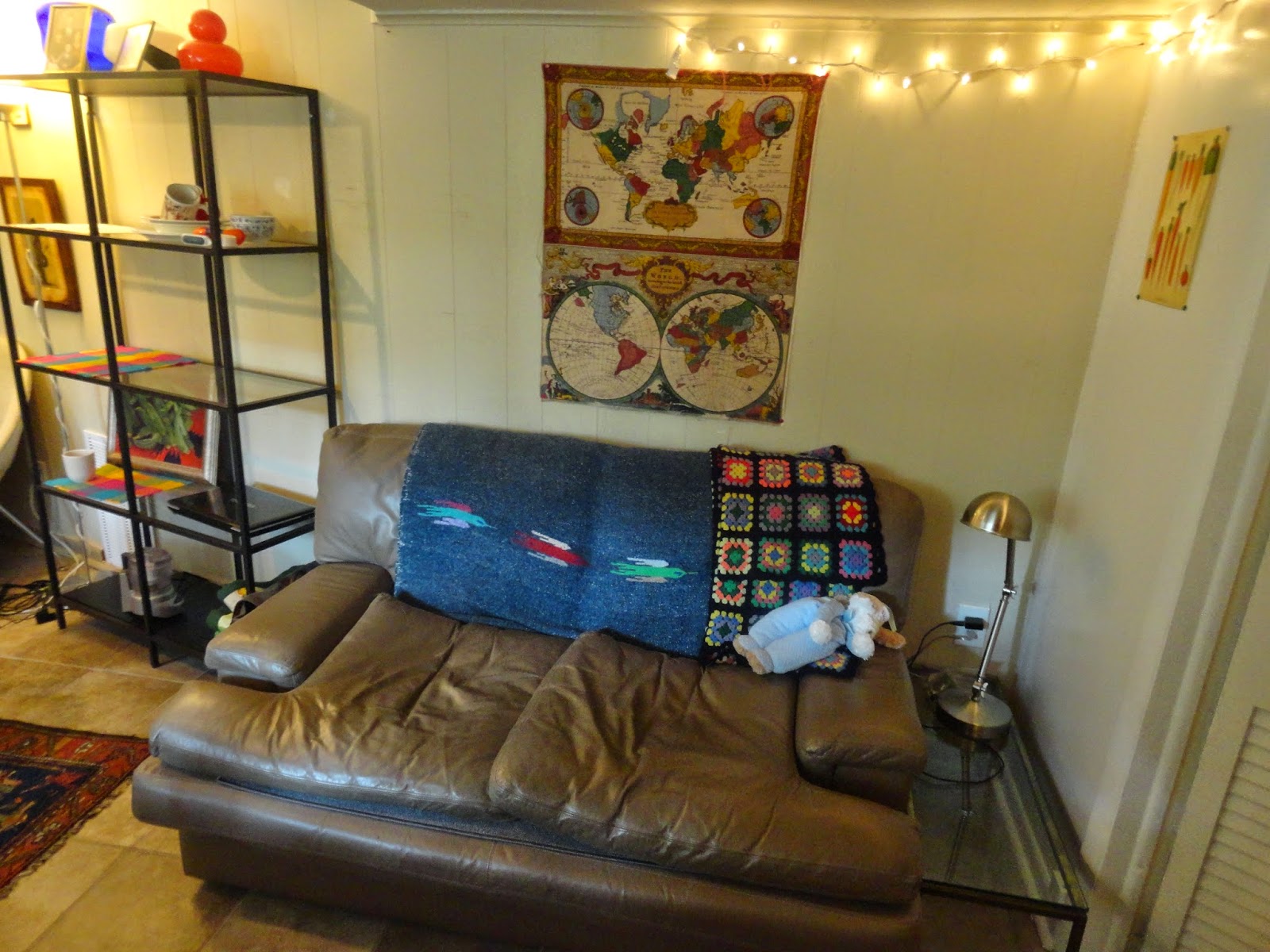 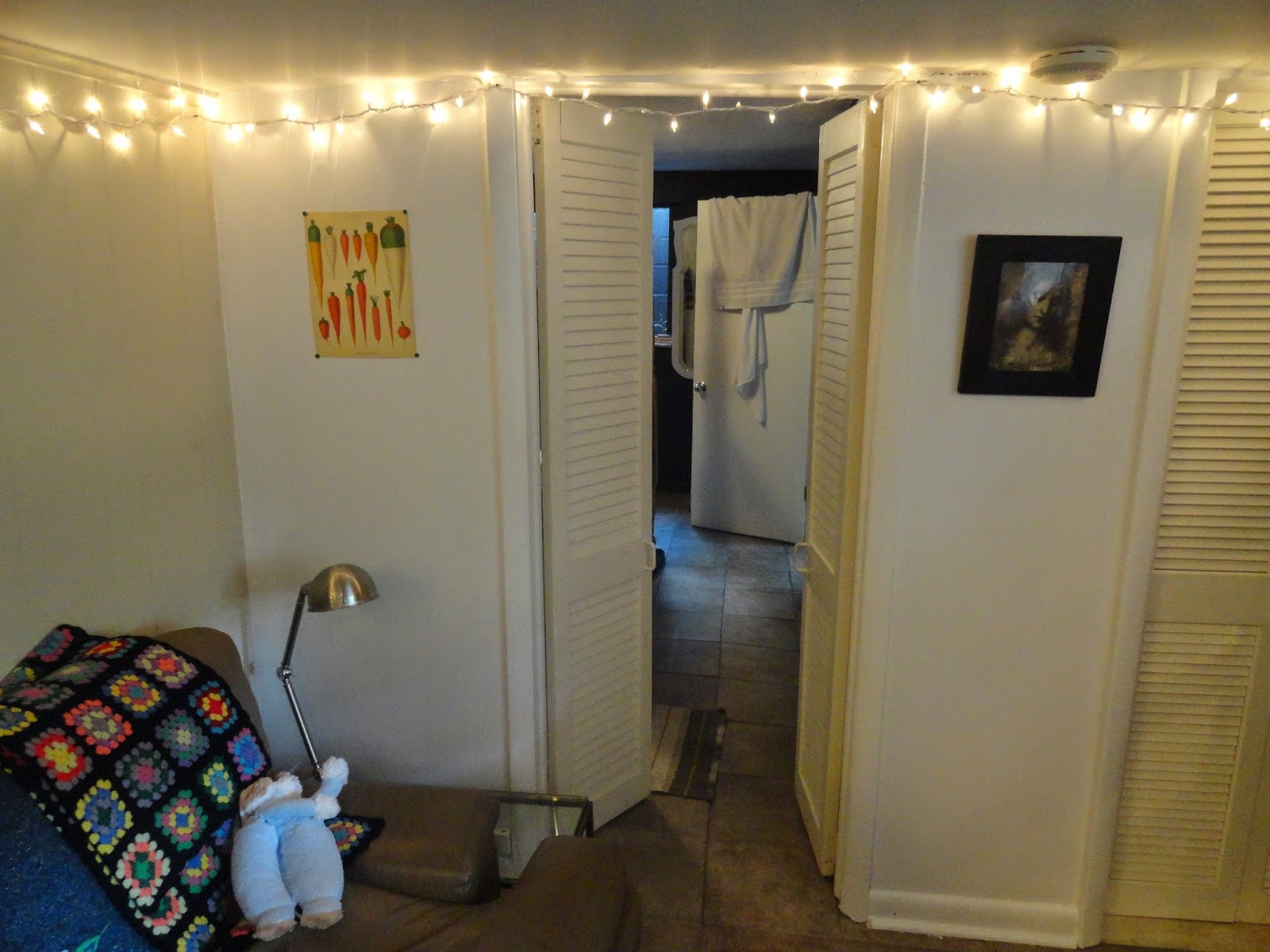 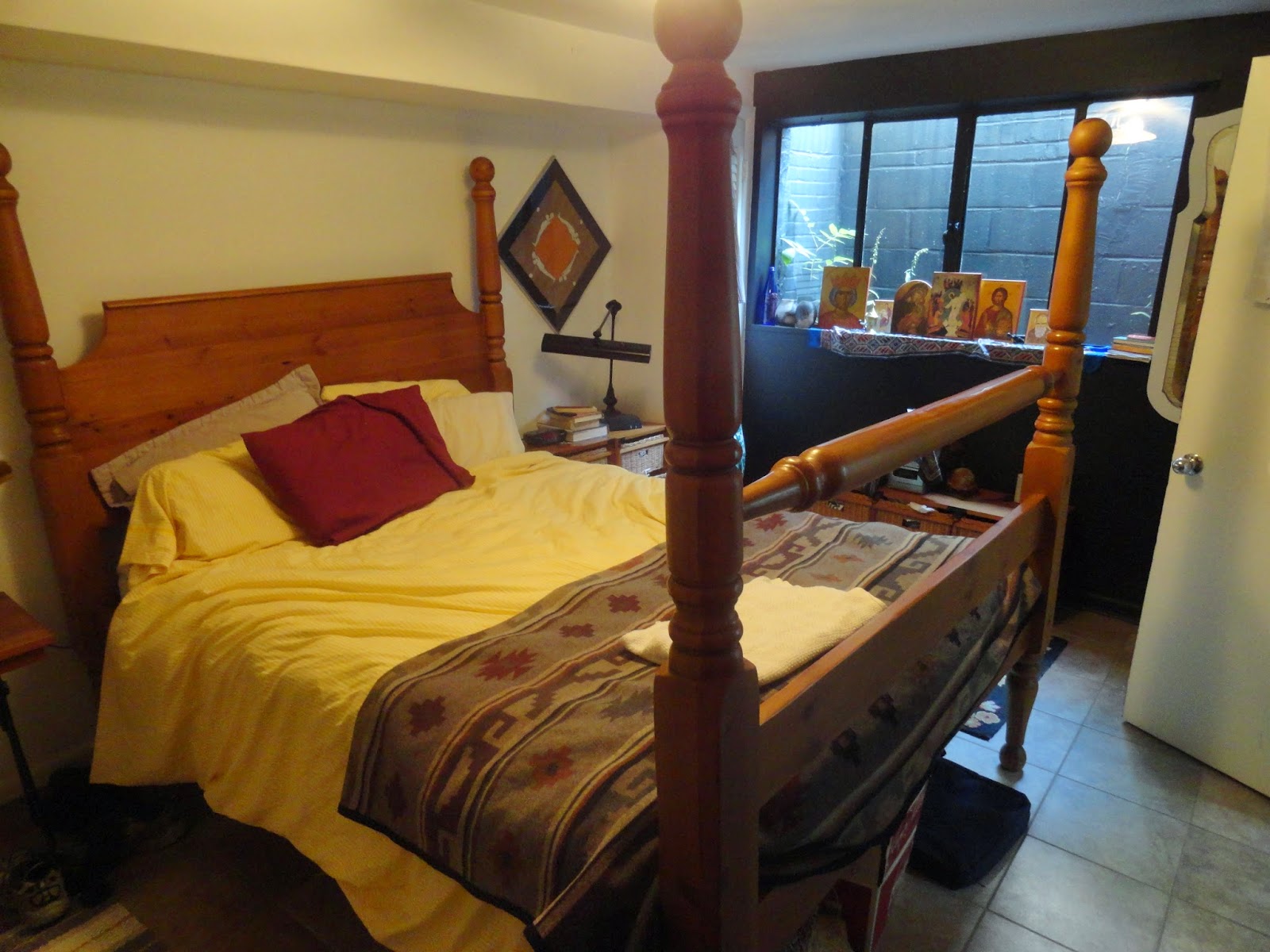 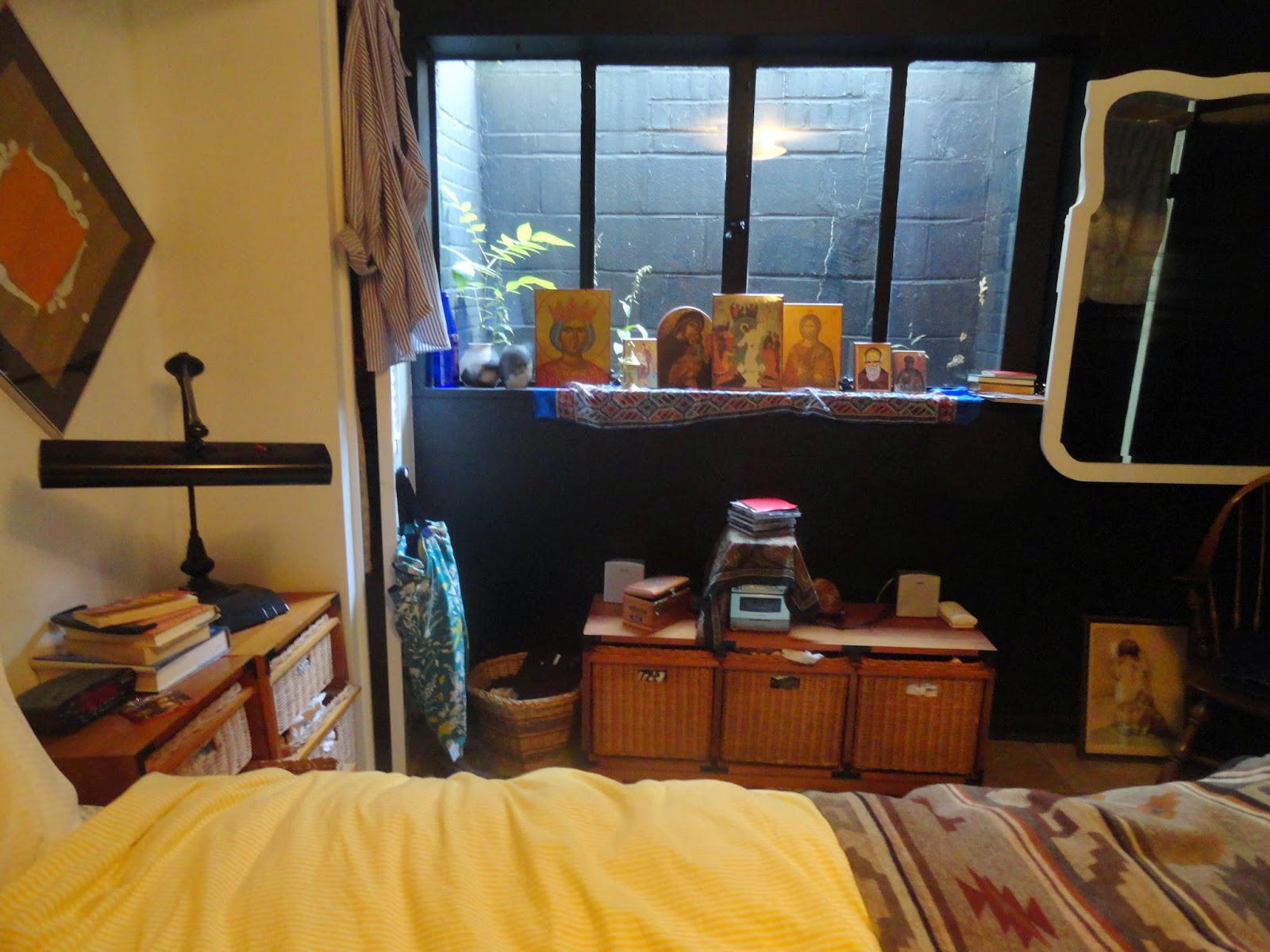 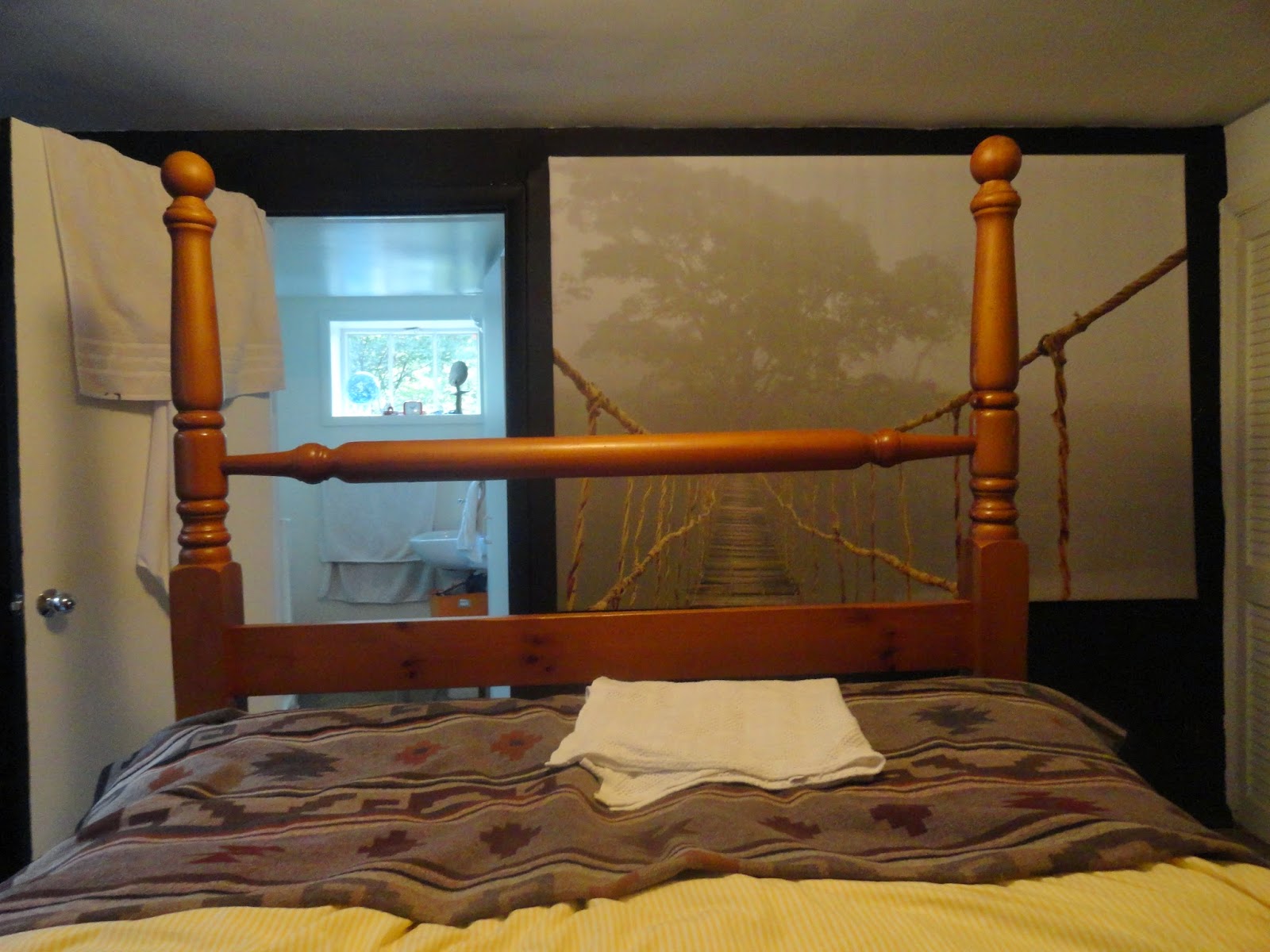 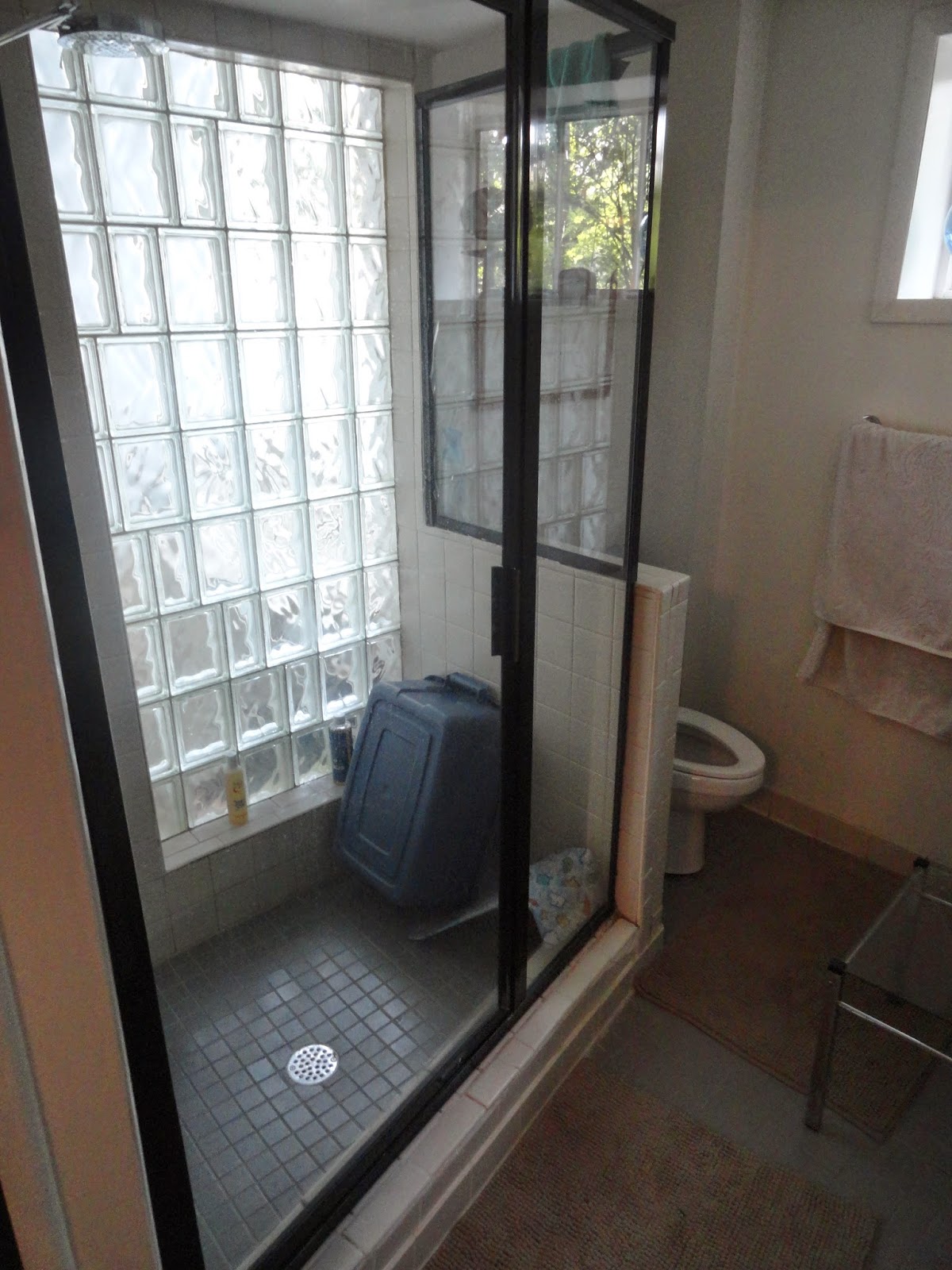 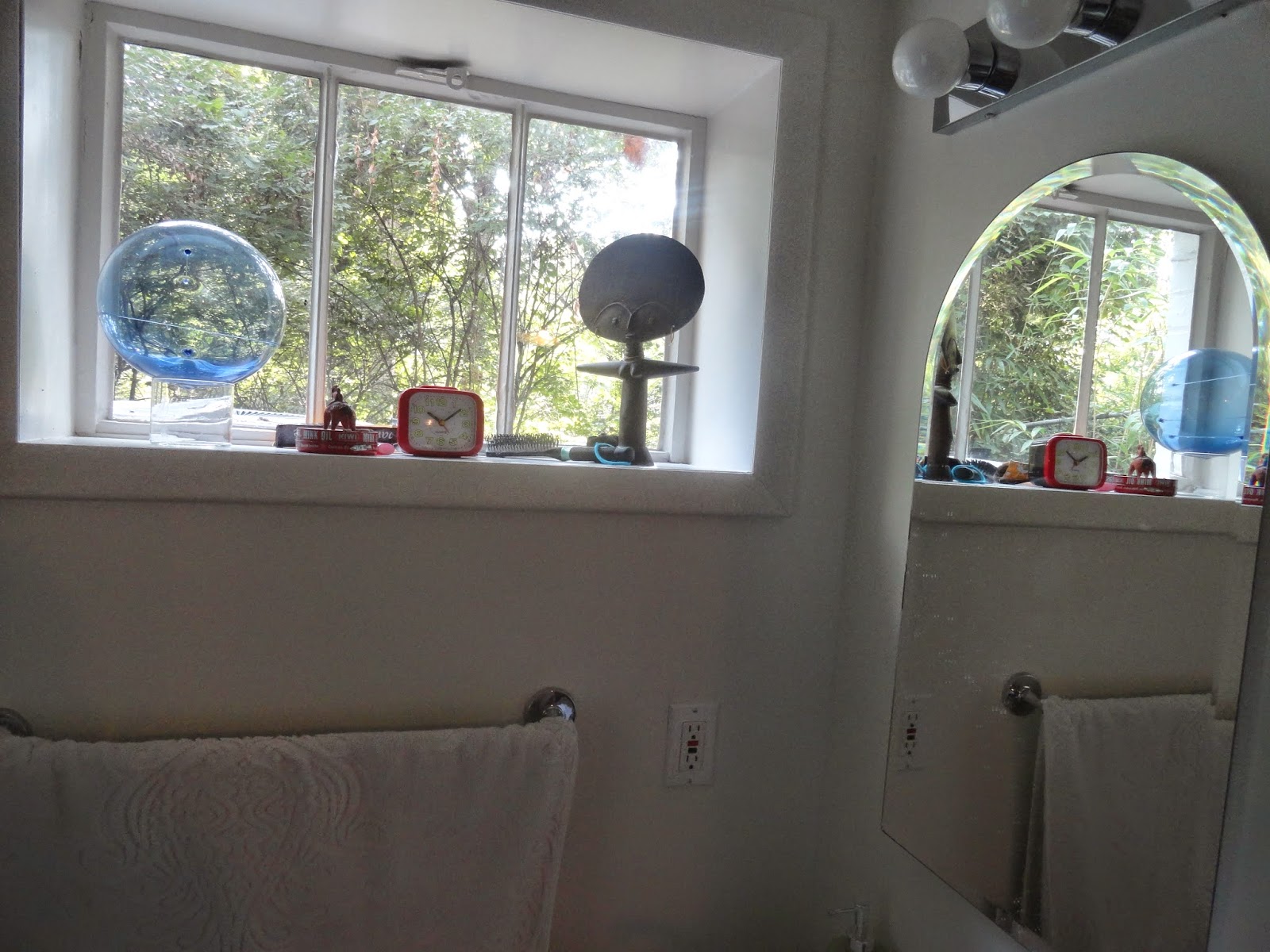 I have several posts in the "hopper," or "pipeline," (or "chute... tubes.....?" as I called it, when I asked my dad how his sales were doing) which I hope to finish, but finishing is harder for me than starting. I'll tell you what they're about.

Why, upon her holy demise by beheading, does milk run from her neck instead of blood?

Something about fruitfulness of virginity and the contemplative life, despite the charges from the World that philosophy is barren.


2. Pictures of our apartment, for the enjoyment of friends who are not on Facebook.

3. My foolproof instructions on making soup in a certain way, from which I never deviate.

4. Various anecdotes. These might never see the light of day.


I write a lot in my mind as I'm walking, rocking, nursing, etc., but it's hard to sit down and pound it out.

Me: So and so's wife is a very chic girl. She is the manager of an Anthropologie store.
Matt, in total sincerity: Is that the store that sells various... topical... agents.... for diseased skin?
Posted by MJ at 9:31 AM 1 comment:

the five Ss of NOT getting your baby to sleep

SWEAR under your breath between shushes

SIP a stiff one

SMOKE a fat one